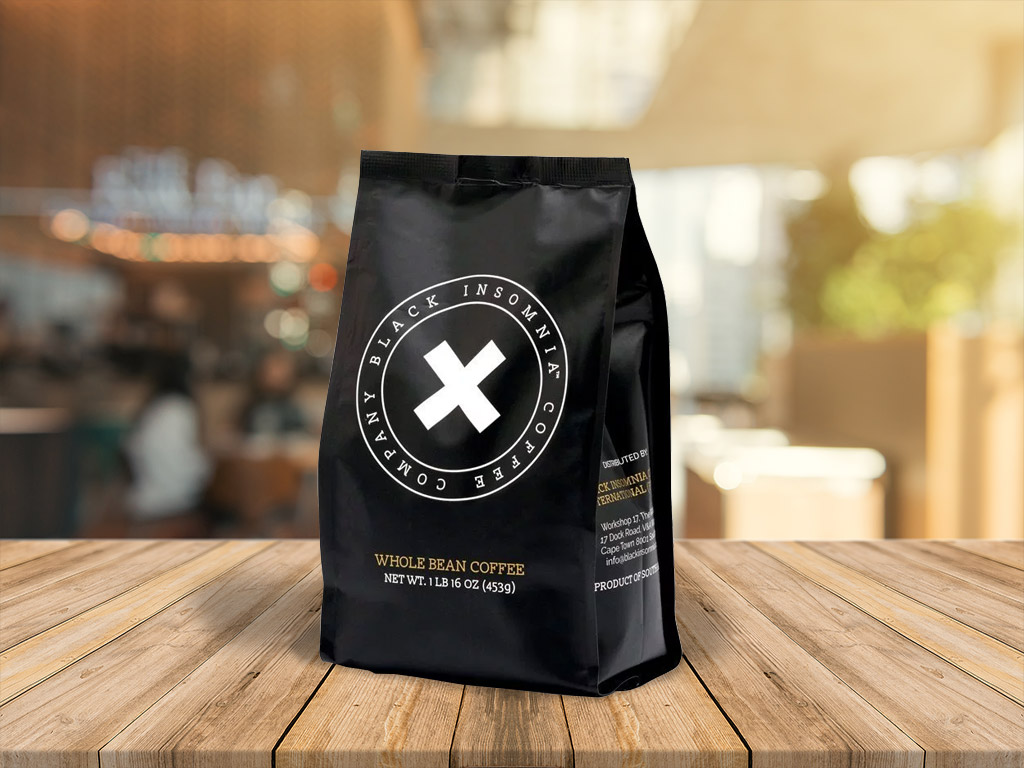 Ever needed to prolong the day by a few hours? Crunching a deadline at work, studying for the last test, playing a game you just can’t quit? The sunrise is knocking, but you need to keep going. How to keep the Sandman at bay? For those occasions, there’s Black Insomnia, the coffee with the most caffeine in the world.

Sleep is for the Weak

Black Insomnia is, just how the title says, the strongest coffee in the world. The origin of Black Insomnia is in Cape City in South Africa. The first package came to live in 2016 when an entrepreneur Sean Kristafor decided that the regular amount of caffeine is simply not sufficient. By his own words “it is time to offer something a little different – something stronger and darker, with an edge„. The great amount of caffeine in coffee became so popular that the world about Black Insomnia spread like a wildfire.

This coffee is really for those who desperately need caffeine. And a lot of it. Black Insomnia contains mind-blowing 1105 mg of caffeine per cup, the strongest one in the world. And this is not just an advertisement, the proof is in the laboratory results as well.

Using the High-Performance Liquid Chromatography method, the caffeine content was estimated at 17 524 mg of caffeine per kg. Until Black Insomnia came to the world, the title of the strongest coffee belonged to the “Death Wish Coffee” with “meager” 13 179 mg of caffeine per kilo. For comparison, the regular cup of coffee has somewhere between 100-200 mg of caffeine in a cup.

According to health experts, the maximum daily intake of caffeine shouldn’t exceed 400mg, so it is obvious that one needs to be careful when dealing with Black Insomnia. Try having a small amount and first to learn how your body reacts to the excess of caffeine. That being said, you can at least expect a higher heart rate and some sweating.

Black Insomnia should be drank by people that are used to caffeine and have a certain tolerance for the stimulant. Just one cup (350 ml, 12 fl oz) contains triple the recommended dosage of caffeine in adults. In general, listen to the golden rule, even with coffee, nothing should be exaggerated.

Why is Black Insomnia so strong? It is all about the coffee beans and the right ratio. The coffee beans are harvested in South Americas and Africa and later roasted according to the ancient Italian tradition, albeit in Germany. What increases the amount of caffeine in the means is the specific cultivation of the coffee trees.

These super-strong coffees are blends of robusta (about 80%) and arabica. Robusta beans contain twice as much caffeine than arabica (remaining 20%) which results in overall higher caffeine content.

How About that Taste?

Most of us would expect a bitter taste that keeps you awake just by the acidity alone. Well, we couldn’t be more wrong. Black Insomnia is a delicacy! The taste is a sweet and savory mixture with undertones of caramel, hazelnut, and dark chocolate. It truly tastes delicious, but be careful and stick to one cup!

The ideal way of preparing the Black Insomnia is prepare it as a filtered coffee, either in mocha or in French press. If you are preparing yourself for a physical or a physiological performance of a life time, we suggest having a cup about 30 minutes before. The caffeine peaks in human body approximately half an hour after ingestion, after which it slowly starts to decrease.

Are you a fan of coffee, but not of caffeine? Check out our article about decaf coffee!