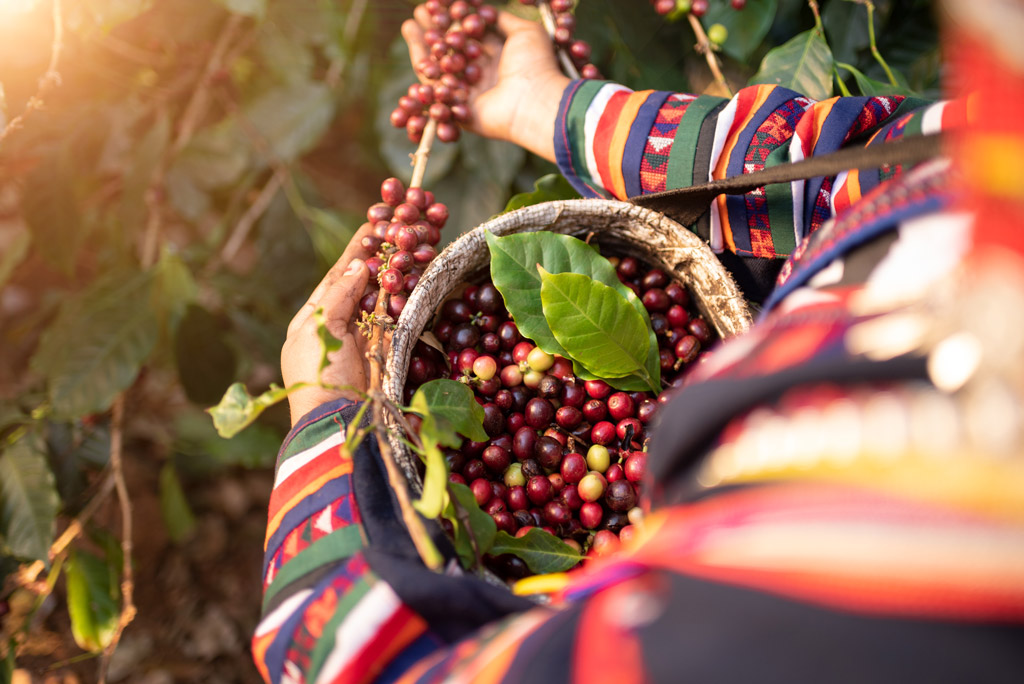 Have you ever heard the term Coffee Belt? Is it a fashion accessory, a way of coffee preparation, or just a made-up term? If you do not know, have no fear!

In this article, we will explore what is the Coffee Belt, what countries belong to this mysterious stretch of Earth, and what makes the taste of the coffee grown within the region so special.

Where in the World is Coffee Belt?

Imagine a belt that surrounds the entire Earth. This belt, located between the 25°N and 30°S, passes through almost the entirety of Africa, further extending to South and Central America all the way around to Asia. This strip of Earth, also called Bean Belt, is characterized by ideal conditions for coffee plantations that need fertile soil, mild temperatures, and more precipitation.

You can surely grow coffee elsewhere in the world, but nothing will compare to the beans grown in this special part of the Earth.

The Taste of Continents

The final taste of the coffee is undoubtedly influenced by where the coffee originated. The flavor doesn’t just differentiate from continent to continent, even neighboring coffee farms with the same soil can produce beans of different quality and taste.

If you think that one crop grown on one farm will have the same taste, prepare to be disappointed. The final product is further influenced by the method of harvesting, way of storing of the beans, and the technique the final cup is prepared. Make sure you’re storing your coffee correctly, check out our 6 ways of ensuring your coffee remains fresh.

Coffee is grown in more than 50 countries, so let’s take a look at the most interesting ones.

Cultivated on the beautiful islands of Hawaii, we can find one of the most expensive coffees in the world, the famous Kona Coffee. This coffee is grown in ideal conditions under the active Mauna Loa volcano. The demand for Kona Coffee is huge, and the rarity of the beans is reflected in the price. Just 250grams of this delicacy will cost you a pretty penny. Since the 18th century, it has been one of the world’s finest coffee and even exists within its own coffee belt, the Kona Coffee Belt.

Hawaii is not the only country growing its beans in the rich volcanic soil. Beans grown in the mountainous terrains of Guatemala have the unmistakable taste has been likened to tones of spicy chocolate.

Jamaican coffee grown in the area around the Blue Mountains is characterized by volcanic soil, which may sound like a disadvantage, but due to the many volcanic eruptions, many minerals enter the soil and make it extremely fertile.

By the end of the 19th century, Puerto Rico was one of the most important coffee producers but due to the economic hurricane and strict competition, they have recently endured significant struggle. Nowadays a resurgence has begun with its Yauco Selecto coffee, which is considered one of the best in the world.

Meka Coffee, grown in Colombia, is one of the world’s most prolific coffee exporters

Brazil is the number one when it comes to coffee production. Its plantations produce both Arabica and Robusta and occupy a huge portion of Brazilian soil.

Africa is not just the cradle of humanity, alongside it is the cradle of coffee production and exportation. Ethiopia is one of the countries where coffee is exported in bulk. Plantations from Sidamo, Harrar and Kaffa are the main producers.

Kenya cultivates its coffee in the rich soil at the foot of Mt. Kenya. Qualitatively, we would consider Kenyan coffee at the very top of the chain, controlled by its own strict rating system.

Cote d’Ivoire is one of the largest exporters of Robusta in the world. It’s unmistakably strong, yet delicate, the flavor is often blended with Arabica coffee.

Yemen is the first country to start cultivating coffee for business purposes. Coffee cultivated here follows the centuries-old traditions handed down from generation to generation. Grains are smaller and rather irregular in shape due to a distinct lack of precipitation. The lack of water also indicates it is produced using a dry process.

Indonesia is made up of hundreds of islands and islets, the most famous of which are the larger ones, Sumatra, Java, and Sulawesi. The history of coffee cultivation on this island nation dates back to the 17th century when Dutch colonists introduced the coffee seedlings to Indonesia.

Vietnam was introduced to coffee by French Missionaries in the late 19th century, and today, it holds second place in the world in terms of coffee production. This is mainly thanks to Robusta, which is cultivated to mix with Arabica coffee.

The last, but definitely most famous of coffees the Phillippines’ famous – civet coffee, which passes through the digestive tract of the civet.

Which coffee should I choose?

How to pick the coffee right just for you? Sadly, there is no easy answer, you simply must taste them all, until you find the one that suits you.

There are subscription services that will send you a different kind of coffee every month and tasting packs that include a variety of coffee depending on the place of origin and flavor profile.

Or, for those who are fans of the extreme, you can try growing your own coffee at home!